Westernization in many senses has already approached India and surrogacy is a modern example of the same. In India, being a surrogate is not a decision that is just limited to the surrogate herself but her family is also involved in the same. In India, deciding to be a surrogate is a family decision that must have the consent of all the members of the family. As Indian families live being a joint family thus it becomes most important for a lady to let her decision get consent of each and every person.

In India deciding to be a surrogate is itself difficult for a lady to consider the decision because of the narrow mentality of people. There is still a class of people in India that is not in favor of surrogacy and thus do not like their wives or female member to let go for surrogacy even if the woman want for the same. Hence, the lady deciding to be a surrogate first needs to get the permission from family members to take a step forward.

Experts of a Surrogate’s Interview

In our attempt of knowing the actual condition of a surrogate in India, we landed in the city of garden, “Bangalore”. We searched for a surrogacy clinic and meet a number of surrogates; we got a chance to talk to Indirani, a woman in her thirties, earlier a garment worker and now a surrogate. Her tale was a narration of emotion; feelings were there in every sentence rather each word felt as if there was a thud upon us. Here is some of the excerpt for you.

Indirani is an uneducated woman and thus did not if a trade called surrogacy exists in India. She belongs to a middle class society and today is a surrogate renting her womb for money. We were fortunate enough to meet Indirani when she was pregnant. She agreed to talk to us and here is our narration of the interview done with this courageous lady. She is not less than a role model to thousands of other surrogates who are living in the dormitory run and managed by COTW in Bangalore.

Indirani was married twelve years before when she was just 18. Today she has a small family, a husband and 2 kids of her own. Managing to get into surrogacy is an interesting story, Indirani narrated us. She told us how she got consent of her husband and family that was not in any cost ready to let her be a surrogate. How she managed to convinced her family and husband is an interesting approach she took to get into this business.

As Indirani belongs to a middle class family she was not at all aware of surrogacy. She got to know the same from a lady offering surrogacy services in the area Indirani was staying. At first the news seemed to be a silly ideal for Indirani; however, the amount of money offered to a surrogate was something that allured her the most and she decided to be a surrogate. The next step in this venture was to get permission of the same form her family and husband.

Indirani knew her family is not going to accept the idea of her being a surrogate; however, she has to ask for the same. Indirani then talked first with her husband as his consent was something that can help her get permission of other family members also. Indirani talked and made her husband understand about the procedure. After she requested a lot and told she can be a financial support to the family her husband agreed for the same.

Another step for her was to get consent of her family members in which her husband supported her and anyhow she managed getting permission of her family. For the very first time Indirani was nervous when she was inseminated with an embryo. The surrogate home care her well and she also get proper care and affection from her family for entire nine months time. Support from her family made Indirani get the mental piece that is most important for a lady when she is pregnant.

Getting the consent from her family was not an easy take for Indirani. She made a number of attempts to let her sister-in-law as well as her mother-in-law get the permission of the same. she was aware of the fact that the mentality of a typical Indian family might let her lose the job that could be a helping hand for her. When Indirani failed to get permission from her family she decided to let her family speak with a counselor so that she can get the permission. It was second and the last attempt for her in which she succeeded and today she earns her bread with respect.

Des: If you are one of the ladies wishing to be a surrogate but not getting the permission from your family. Let our counselor speak for the same for a definite yes. 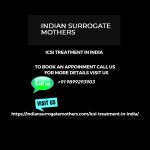 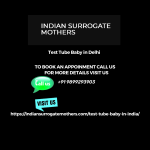