What happens after a surrogate has Negative Beta HCG?

Surrogacy is growing as one of the fastest businesses in India, and thus many clinics are featuring their candidacy to offer the same services. These clinics take utmost care of the surrogate to get able to deliver a healthy baby. All the expenses acquired are paid by the intended parents as per the rules designed. A surrogate, when made pregnant, requires undergoing several tests as a pregnant lady goes.

Among these tests, negative beta HCG is an important test that is required to be positive. In case the test is negative, it means there is no pregnancy. These cases are very rare to happen; however, some of them have been reported. In such a situation, intended parents generally lose the hope of having a child, which is, of course, an automatic reaction. However, the surrogate having negative beta HCG is again inseminated with another embryo in one month.

Psychologists are often hired to control the reaction of intended parents if they get too negative about the child’s birth. They are being told not to lose hope as medical attempt may fail sometimes but not always. 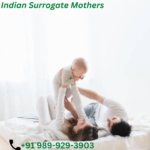 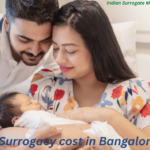